Robot Programming: Easier Than It Looks 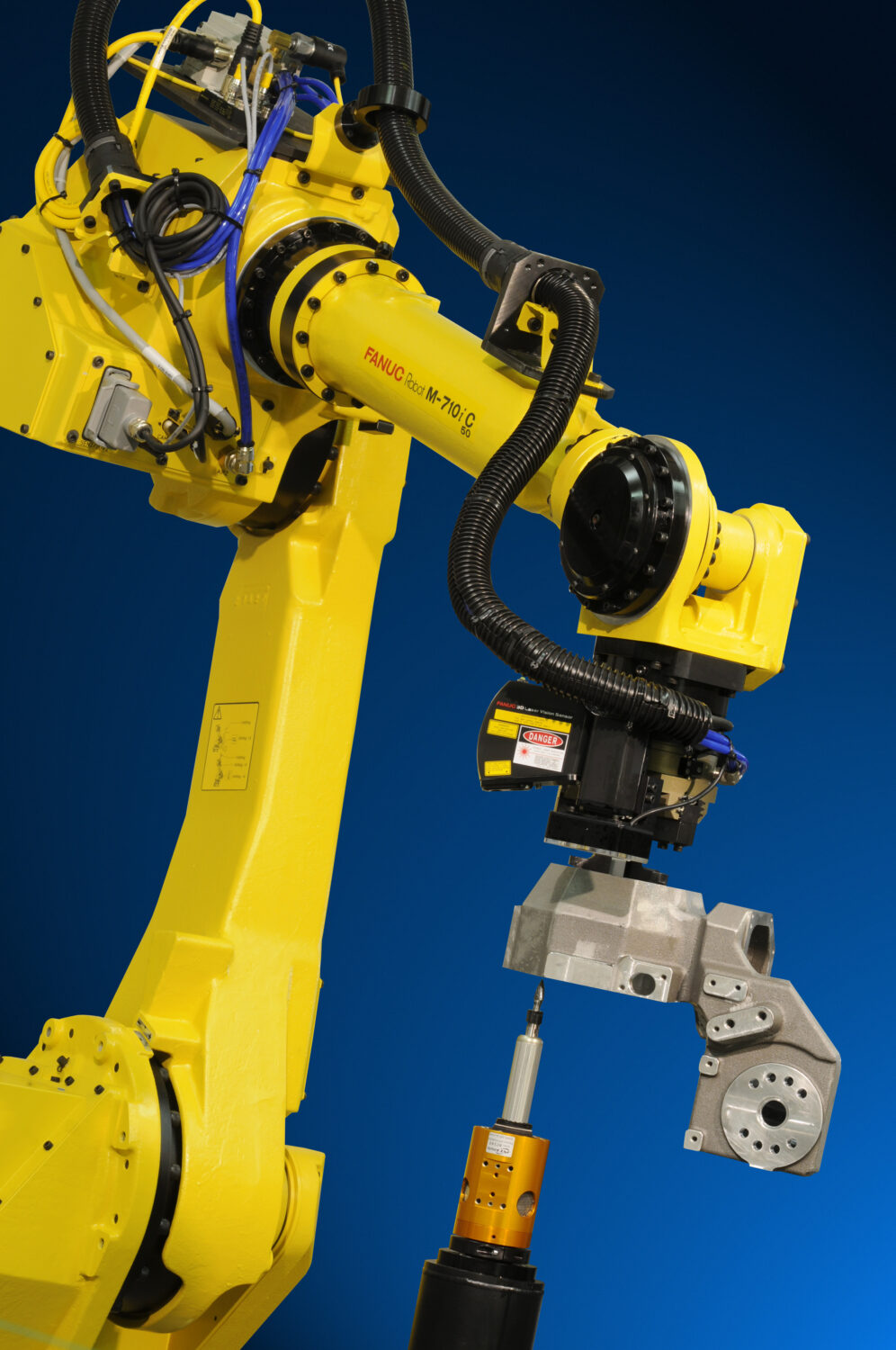 If you've never programmed a robot before it can seem daunting. Tool Center Points, coordinate systems, avoiding singularity problems and so on. The reality though, is that basic robot-programming skills can be picked up quickly by anyone with a background in manufacturing technology. The biggest hurdle most users face is switching their thinking from the x-y-z linear motions of a CNC machine to the joint rotations of an articulated robot. In CNC programming moving the tool in a straight line only needs one axis. Doing the same with a robot takes the simultaneous rotation, at different speeds, of multiple axes. While novice robot programmers may not find this very intuitive, with training and practice programmers can quickly become proficient.

To help the newcomer, robot manufacturers have gone to great lengths to make programming easier (because after all, they want you to use their products). The robot controller handles the complex mathematics needed to calculate the rotational speed of each joint in order to move the tool through a particular path. All the programmer has to do is determine the position and orientation of the tool at each point on its path. There are two methods for doing this: offline programming and the teach pendant.

Offline programming, which is done with a simulation program running on a laptop or PC, has a great advantage because the cell layout can be modeled and alternative layouts and paths can be explored. (Manufacturers like FANUC provide software tailored to specific applications such as painting and palletizing, which speeds up the programming process.) The final program is then downloaded to the robot for testing. The programmer steps the robot through the programmed path at low speed, looking for potential collisions or other problems. In most cases the program will need some minor changes, and that's where the pendant comes in. With this in hand the programmer nudges the end effector into the precise position required and stores each point.

Some programmers prefer to work entirely with the pendant, developing the program and refining tool paths as they go. Modern pendants offer sophisticated interfaces to make this straightforward, even allowing interfacing with other cell components such as a PLC or vision system.

When making the first investment in robotic automation, purchasing quality training is advised. Identify which team members will be responsible for maintaining and programming the robot and have them trained. (People with PLC and CNC programming experience often take to robots quickly.) Training can be done off-site or in-house on the actual cell — many first-time users find it easier on the equipment they will be supporting. The first system should be delivered with the first application or with parts already taught as this avoids the need to start from scratch. Instead, programmers can develop their skills slowly by modifying existing programs. As with anything new, there's a learning curve to robot programming, and it takes time to become highly skilled, but it's not as difficult as it might look.