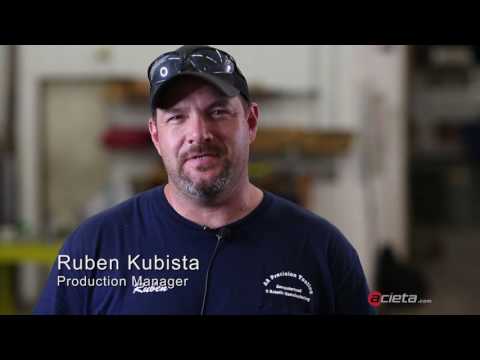 AA Precision Tooling recently attracted five new customers simply because they learned the Minnesota company used automation to manufacture its custom precision parts. According to owner BJ Schrank, since AA Precision Tooling hired Acieta to implement a robotic cell in his shop (which Schrank has since named Penelope), his company also has enjoyed a 60% increase in its gross output. At first automation seemed like it could be overwhelming, Schrank says, but Acieta helped him define and then achieve his goals with automation. Employees also report that the use of automation has led to an easier, more consistent process that is easier on their bodies. Even better, Schrank says automation has helped to empower employees, who instead of being machine operators are now cell operators who monitor the whole system and operation. Visit facebook.com/aaprecisiontooling to learn more!